Hollow Airport Museum, the alternative School established several years ago by Nicos Charalambidis at the abandoned Nicosia’s airport, bringing the Green Line to life, presents in a special booth at ART ATHINA 16-19 May 2013, a selection from the group of important artists who will participate in an extensive series of international exhibitions at a number of Museums, Galleries and other alternative exhibition venues under the curatorial of Orlando Britto Jinorio and co-curated by Maria Stathis and Sotiris Bahtsetzis.

Multilevel events lasting two years, will take place within the framework of the extended project www.whitehousebiennial.com under the general title: Exercises on Democracy.

Noteworthy is that at the ART ATHINA booth works of Pablo Picasso will be presented, the artist whose name and oeuvre are associated more than anyone else with Democracy and the struggles against dictatorship. The works, courtesy of the the NAKAGAWA COLLECTION in Tokyo, will accompany the work Picasso in Palestine by Khaled Hourani that received the best reviews at the recent DOCUMENTA in KASSEL. On this first cycle of exhibitions for the next two years, Nicos Charalambidis gives the general title “Exercises on Democracy” inviting the artists to create works having in mind the decline of democratic values ​​as it is linked to the global economic recession of our days. The exhibitions after ART ATHINA, 1st of June​ – 10th of July 2013, will continue at the open C.A.S.E. 303, a new three-stores exhibition space on Kifissias Avenue 303, Kifissia, inaugurating the space. 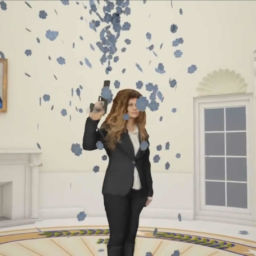